The Definition of a True Hero 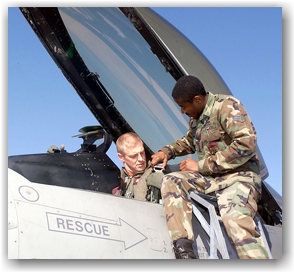 I came across an article written by Ben Stein and I just had to share it. Ben Stein’s article sums up the philosophy of the wingman. The only life worth living is a life that is lived for other people. True heroes are not the ones in the tabloids but are the ones who are living in the trenches of life to help make a difference.

How Can Someone Who Lives in Insane Luxury Be a Star in Today’s World?

“…I no longer think Hollywood stars are terribly important. They are uniformly pleasant, friendly people, and they treat me better than I deserve to be treated. But a man or woman who makes a huge wage for memorizing lines and reciting them in front of a camera is no longer my idea of a shining star we should all look up to.

How can a man or woman who makes an eight-figure wage and lives in insane luxury really be a star in today’s world, if by a ‘star’ we mean someone bright and powerful and attractive as a role model?  Real stars are not riding around in the backs of limousines or in Porsches or getting trained in yoga or Pilates and eating only raw fruit while they have Vietnamese girls do their nails.

They can be interesting, nice people, but they are not heroes to me any longer. A real star is the soldier of the 4th Infantry Division who poked his head into a hole on a farm near Tikrit, Iraq. He could have been met by a bomb or a hail of AK-47 bullets. Instead, he faced an abject Saddam Hussein and the gratitude of all of the decent people of the world.

A real star is the U.S. soldier who was sent to disarm a bomb next to a road north of Baghdad. He approached it, and the bomb went off and killed him.

A real star, the kind who haunts my memory night and day, is the U.S. soldier in Baghdad who saw a little girl playing with a piece of unexploded ordnance on a street near where he was guarding a station. He pushed her aside and threw himself on it just as it exploded. He left a family desolate in California and a little girl alive in Baghdad.

The stars who deserve media attention are not the ones who have lavish weddings on TV but the ones who patrol the streets of Mosul even after two of their buddies were murdered and their bodies battered and stripped for the sin of trying to protect Iraqis from terrorists.

We put couples with incomes of $100 million a year on the covers of our magazines.  The noncoms and officers who barely scrape by on military pay but stand on guard in Afghanistan and Iraq and on ships and in submarines and near the Arctic Circle are anonymous as they live and die.

I am no longer comfortable being a part of the system that has such poor values, and I do not want to perpetuate those values by pretending that who is eating at Morton’s is a big subject.

There are plenty of other stars in the American firmament…the policemen and women who go off on patrol in South Central and have no idea if they will return alive; the orderlies and paramedics who bring in people who have been in terrible accidents and prepare them for surgery; the teachers and nurses who throw their whole spirits into caring for autistic children; the kind men and women who work in hospices and in cancer wards.

Think of each and every fireman who was running up the stairs at the World Trade   Center as the towers began to collapse. Now you have my idea of a real hero.

I came to realize that life lived to help others is the only one that matters. This is my highest and best use as a human. I can put it another way. Years ago, I realized I could never be as great an actor as Olivier or as good a comic as Steve Martin or Martin Mull or Fred Willard – or as good an economist as Samuelson or Friedman or as good a writer as Fitzgerald. Or even remotely close to any of them. 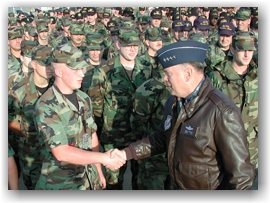 But, I could be a devoted father to my son, husband to my wife and, above all, a good son to the parents who had done so much for me. This came to be my main task in life.  I did it moderately well with my son, pretty well with my wife and well indeed with my parents (with my sister’s help). I cared for and paid attention to them in their declining years. I stayed with my father as he got sick, went into extremis and then into a coma and then entered immortality with my sister and me reading him the Psalms.

This was the only point at which my life touched the lives of the soldiers in Iraq or the firefighters in New York. I came to realize that life lived to help others is the only one that matters and that it is my duty, in return for the lavish life God has devolved upon me, to help others He has placed in my path. This is my highest and best use as a human.

This is the essence, the very core of the wingman message of mutual support, courage and  service before self. We all need wingmen like the soldiers and people in uniform who fight for the freedom and safety that we often take for granted! They are the unsung heroes who serve our country every day.