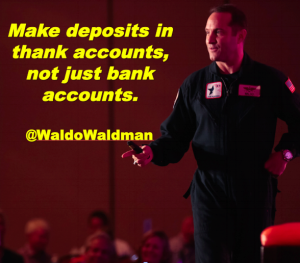 THE POWER OF THANK YOU

No two words inspire more action than a simple gesture of gratitude: saying “thank you.”  Unfortunately, it took me too long to realize this.  When I was in the military, I rarely thanked the troops that mattered. The people who were younger than me, who were enlisted, who generally received far less recognition than people... 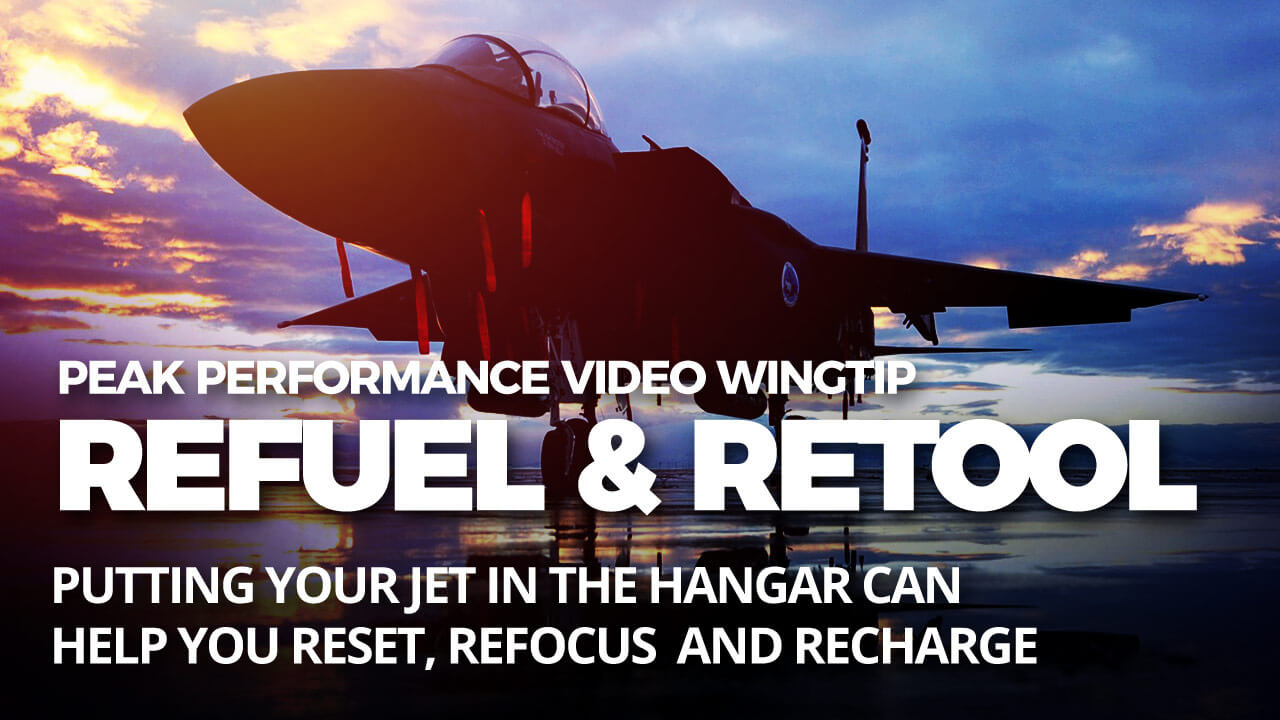 The Secret to Peak Performance: Refuel and Retool 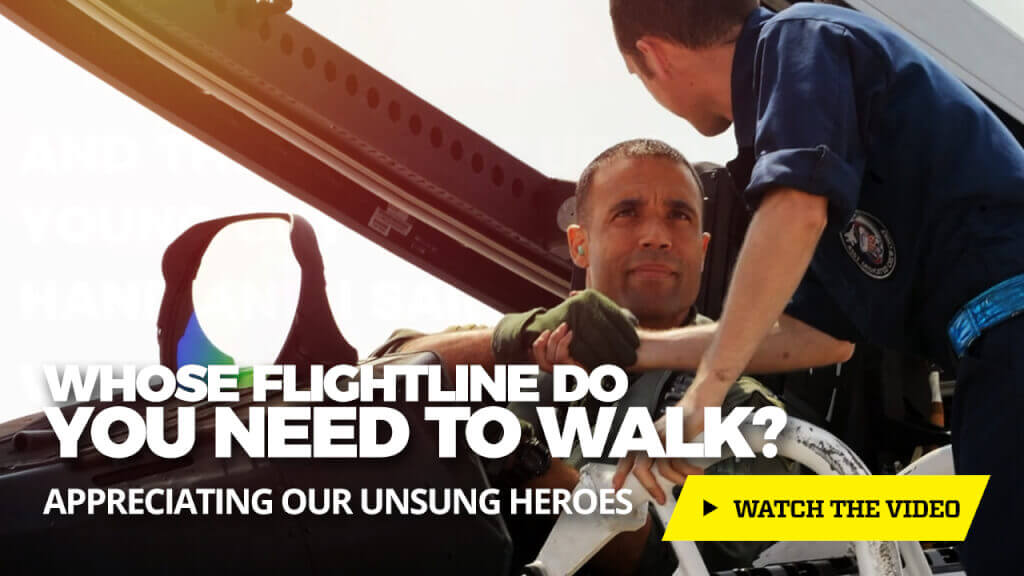 ﻿﻿﻿   In the hustle and bustle of business and life, it’s easy to forget to thank those who […] 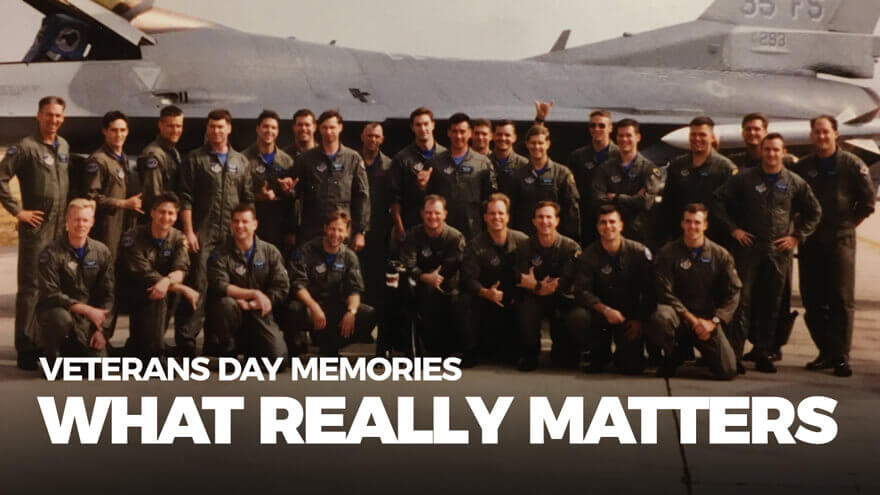 When I look back on my Air Force career and reflect on all the amazing experiences I’ve had, I don’t […] 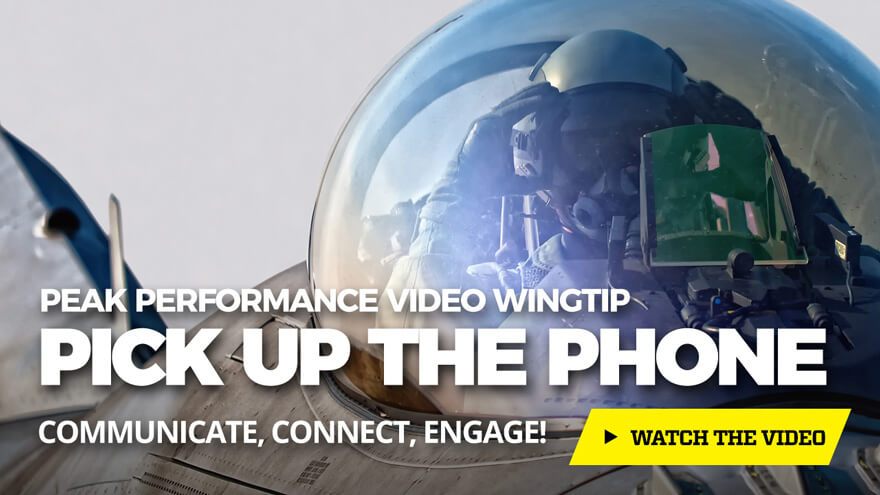 Pick Up The Phone – How to Create Connection with Conversation

﻿﻿ In combat, fighter pilots minimize radio communication to prevent information from being intercepted by the enemy. Instead, we […] 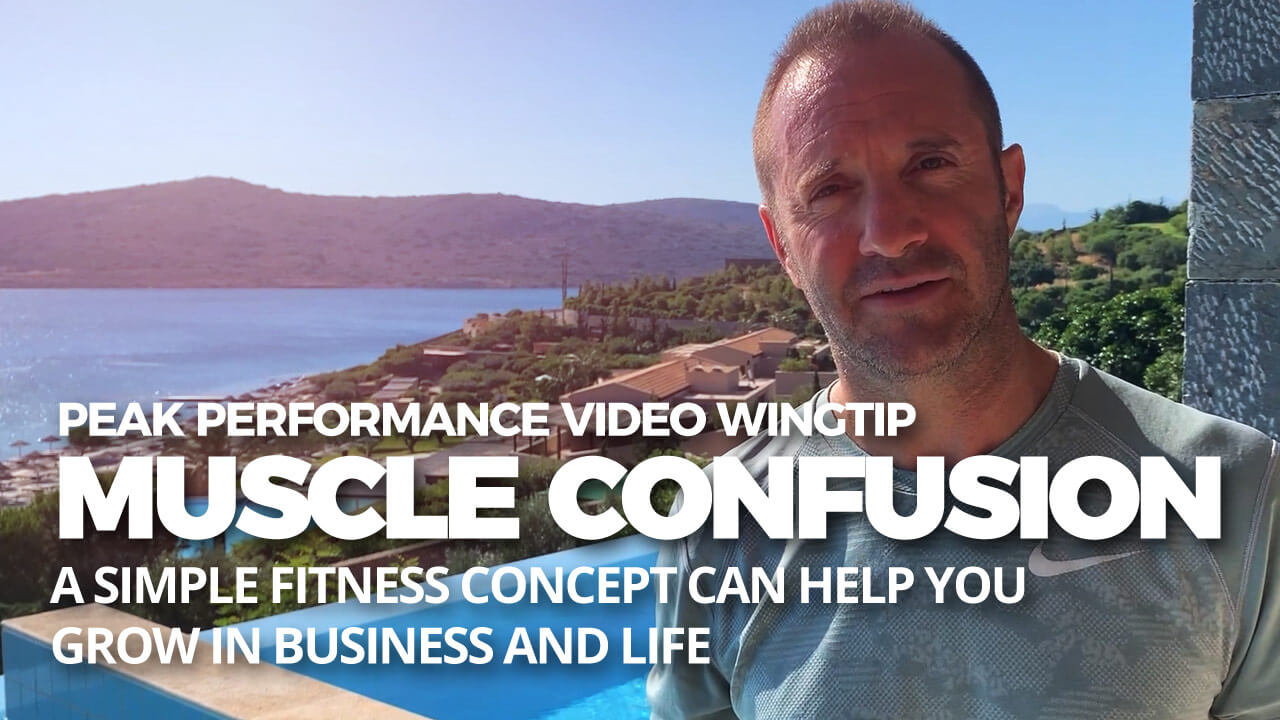