The Character of America 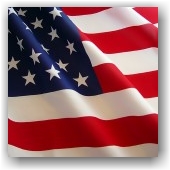 “A man who has nothing for which he is willing to fight, nothing which is more important than his own personal safety, is a miserable creature and has no chance of being free unless made and kept so by the exertions of better men than himself.”  John Stuart Mill

As I flew over the NYC skyline this weekend as the 10th anniversary ceremonies for 9-11 were taking place, I reflected upon this quote and what it revealed about the character of New York and our country. Having grown up on Long Island and with parents from Brooklyn, I’m a New Yorker through and through. But I never felt pride for New York like I did in the plane this weekend.

I believe the true test of character comes in the heat of battle.  When the stress is real and the risk is high…when failure is possible.

9-11 not only demonstrated the fighting spirit of a great city, it revealed the core of what America is made of.  It revealed the values that make us the greatest country in the world.  Values displayed by average Americans with above average character. First responders, tugboat captains, and businesspeople.  Courageous, committed, and compassionate warriors. Wingmen.  Heroes coming together and heeding the cry for help.

Undivided and united. One Team with One Mission.

Imagine if every day, this spirit pervaded our homes, offices and communities?  What if we treated each other with this sense of commitment and compassion not just during tragedy, but every day? Think about how this would affect our personal and professional lives.

Unfortunately, I feel America has become complacent in our character.  We’ve lost the edge in some way. We’ve become numb and divided.

So, here’s question to you as you kick off this first day after the ten year anniversary of 9-11…When the missiles of adversity are launched, what will you do?  What will your actions reveal about your character, community or your business?  As John Stuart Mill alluded, what are you willing to fight for?

The key is to resist complacency and maintain our commitment, courage and compassion every day. For the warrior spirit is within us all. Let’s not wait for another 9-11, war or a tragedy to reveal it.  We need to be wingmen and find ways to demonstrate what it means to be an American each and every day.