Thrust and Vector – The Key to a Successful Year

Have you ever met someone who’s highly motivated, full of energy, and ready to take on the world, yet they never seem to get anything done?  They’re passionate and have the greatest intentions, but for some reason they just can’t seem to accomplish their goals.

In the fighter pilot world, they are what we call “All thrust and no vector.”

They have the power and motivation but lack the vector – the guidance, the target, the direction.  They’re flying in all directions at full afterburner without a plan to guide them to their goal.

The end result?  Wasted energy coupled with frustration and disappointment. 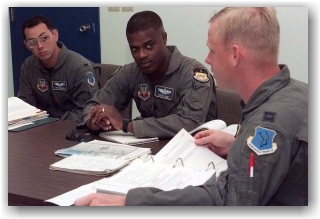 We’ve all been there. We have great intentions (perhaps in the form of a new year’s resolution) but then get distracted and pulled off course.  Sometimes it’s very difficult to convert our motivation into action.  But if you really want to accomplish something worthwhile, you ultimately have to take focused action.

As you fly into the New Year, I’m sure you’re re-energized about your future. You’ve got sales goals to reach, a new diet to start, and a promotion to pursue. But what’s your plan? Where’s your vector?

In the world of the fighter pilot, nobody takes off without a specific target and a plan.  Training and commitment aside, if we don’t have a flight plan, we don’t fly.  We need thrust and vector.

They don’t fly around aimlessly, changing direction when a random opportunity arises. And they don’t quit at the first sign of adversity.  This is because they utilize the two most valuable tools available when executing a plan: Discipline and Sacrifice.

Top Gun leaders have the discipline to do whatever it takes to succeed and simply work hard to get it done. Moreover, they’re willing to make sacrifices in order accomplish their objectives.  They’re willing to give something up in order to succeed.

How about you?  Undoubtedly, you’ll experience turbulence en route to your target.  The winds of adversity will come and attempt to alter your course. You’re commitment will be tested. You’ll have to sacrifice. It won’t be easy. But that’s the price you must pay for success.

As you take flight this New Year, I challenge you to set aside some focus time to establish a clear vector towards your target.  Do what it takes to convert your motivation into a concrete plan.  It will inspire you to take action. Get with successful wingmen – a peer, mentor, or mastermind group comprised of individuals who’ll hold you accountable and who will challenge you stay the course. Never fly solo. 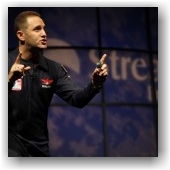 Ask for help.  Solicit feedback.  Be open to change. Get busy!  Don’t let the motivation that you re-ignited on 1 January go to waste. Channel it into disciplined (and often painstaking) planning. I guarantee your results will be positive.

Remember, “wingmen never wing it.”  Plan your mission, set a vector, focus your thrust, and then release your brakes.
It’s time to take off in 2012.  You were meant to fly!