WingGiving – How to Build Trust in a Tough Economy 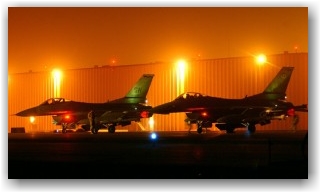 One of the most challenging times of my life was in April of 1999 during Operation Allied Force. I was flying night combat missions in Serbia against the corrupt regime of Slobodan Milosevic. The anxiety and fear I felt during this period was at times overwhelming.

It wasn’t just the enemy surface to air missiles that got me nervous. Nor was it the fact that Serbian forces had already shot down several jets and were jamming our radars.

It was strapping into the tiny, cramped cockpit of my F-16 and flying six hour night missions that got me the most panicked. You see, not only did I have to fight the enemy during my missions; I also had to battle the demons of claustrophobia! Three years into my eleven year flying career, I almost died during a scuba diving accident. That near death experience brought out the latent claustrophobia that lay dormant my whole life. For the next eight years, not only did I have to overcome the fear of combat that most soldiers have, but I also had to learn to conquer my fear of having a claustrophobic panic attack every time I flew.

So, needless to say, walking out the door to fly those missions was difficult. But on the toughest days, when my fear was at its worse, there was one thing I did that helped me more than anything. I called my identical twin brother Dave.

“Dave, I don’t know if I can do this bro. I’m really scared.” I would tell him. “Rob, I know you can do it. You’ve prepared your whole life for this. Go make me proud…I believe in you!” He would say.

That one phone call helped me get my head straight. It got me focused and fired up, and was the boost I needed to get me out the door and release the brakes on my jet.

Dave was my wingman.

How fortunate I was (and still am) to have someone to call out the three most important words there are in life – “I need help.”

Mayday is the wingman’s call to action.

As a leader in your company or as a brother, sister, parent, or friend, when you call out Mayday, who is there for you? When the missiles of fear and adversity strike, who can you turn to for help? 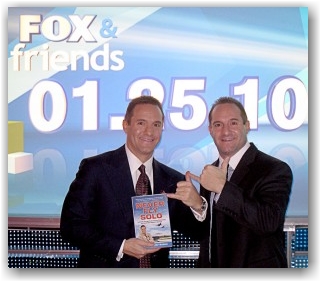 Most importantly, are you the type of wingman that others can come to for help?

Here’s a question to ponder: Who believes in you?

Elizabeth Dole, the former President of the Red Cross, once stated, “I didn’t wait for the rivers to flood before I built relationships.”

In these challenging days where the economy, earthquakes, and life challenges threaten to shoot us down, we need each other more than ever. We need to lift others up and be around others who give us the courage to take action despite our fears.

So, my wingtip to you today is to build strong relationships now before adversity strikes. Sure, you have to your wings every day. But don’t forget to give one away.

Be a WingGiver. Do something that can make a difference in someone’s life. Give them hope, courage, guidance, and love. And don’t hold back from asking for help yourself. When you do, you give someone the joy that comes from giving. This is a wing gift that gives meaning to our missions and helps us to fly.